Cu Chi is a district outside Ho Chi Minh City in which a series of underground tunnels, known as the Cu Chi Tunnels, were built and used by the Viet Cong in the military effort against the U.S. during the U.S. – Vietnam War. In present day, that general area has become a tourist destination complete with amusement-park-like shooting ranges where tourists can pay $1 USD for 1 bullet that they can shoot through various guns used during the war, AK-47’s and M16’s to name a few.

The Guerrillas of Cu Chi is a film shot at the Cu Chi Tunnels that documents the activities of the Cu Chi Shooting Range. The camera was placed behind bullet-proof glass and pulled sideways on a track, scanning the shooting booths as it glides nonchalantly back and forth, witnessing the theatricality that happens behind weapons of war, the firing, the smoke, the photos and the reactions. 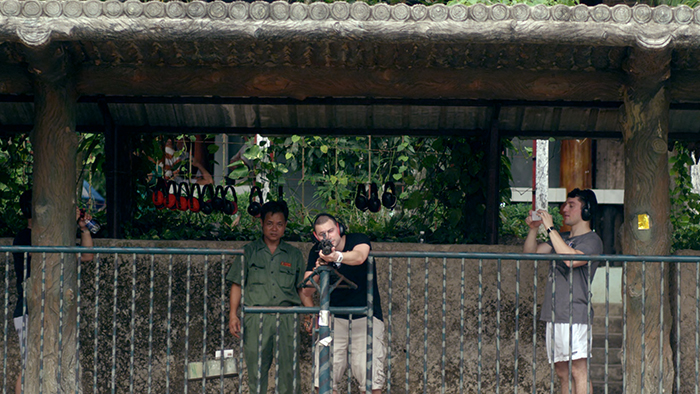 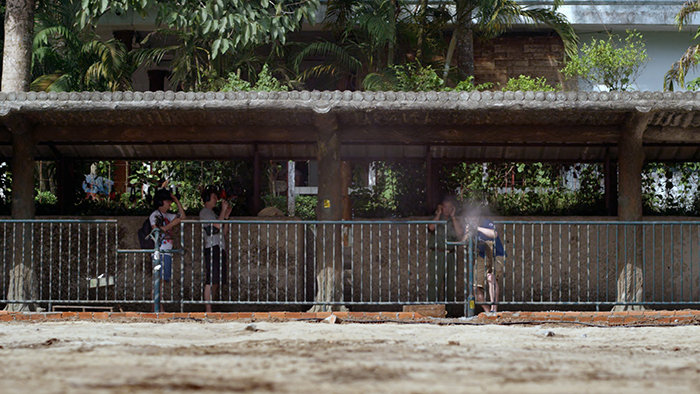 All images by Tuan Andrew Nguyen and The Propeller Group